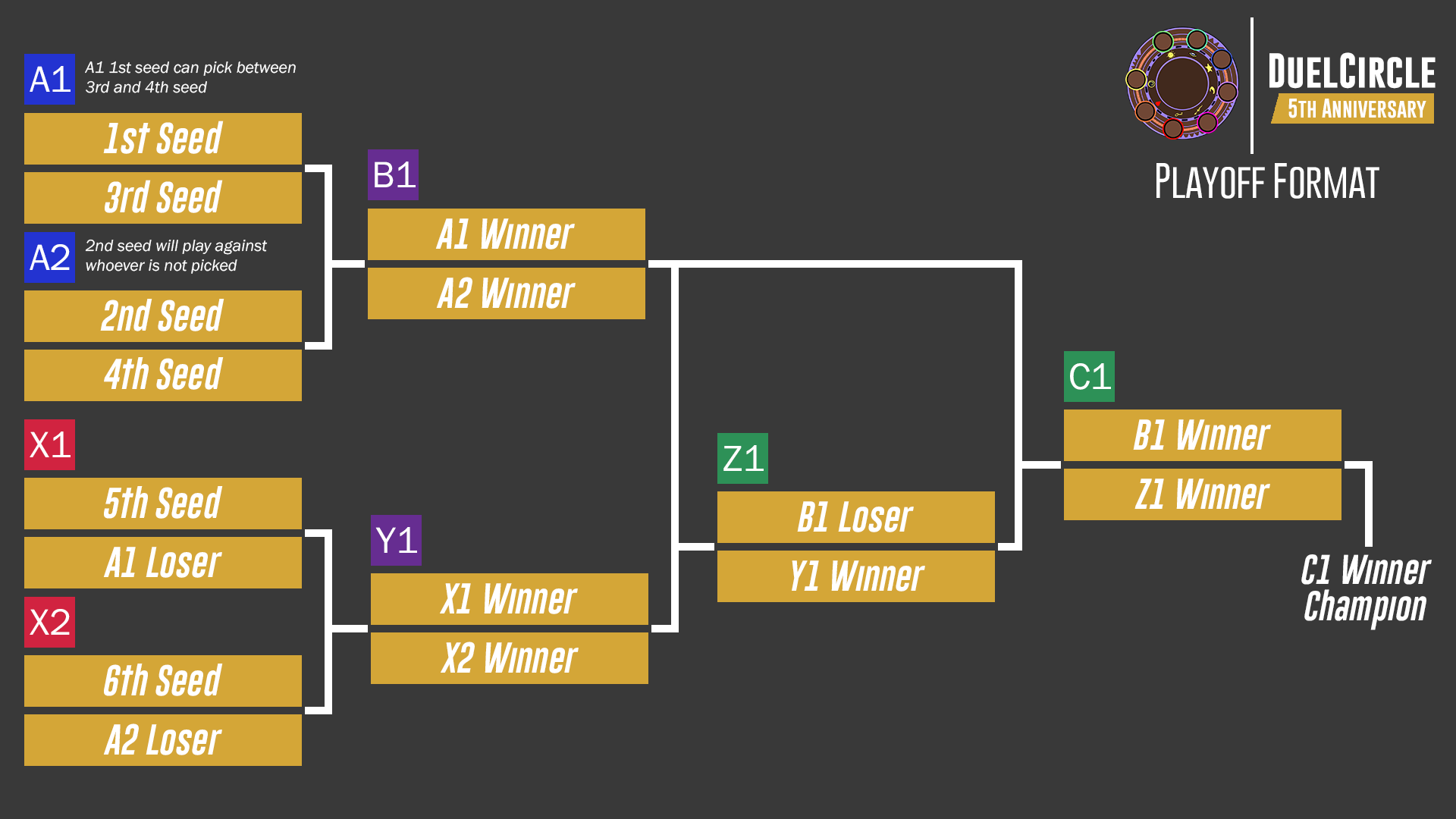 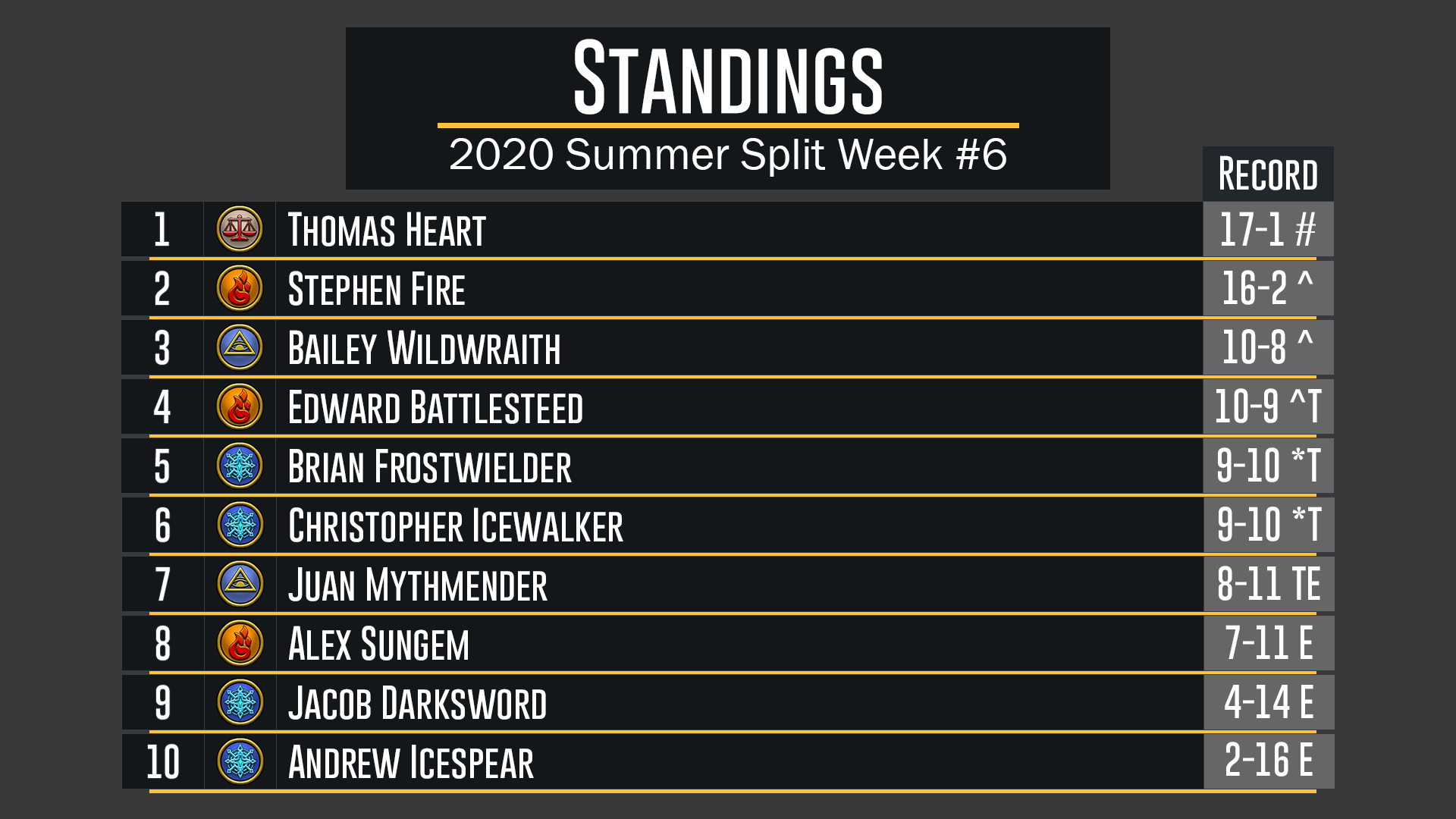 Thomas Heart opts to play against Bailey Wildwraith in Playoff Series A2.

Games begin (approx.) in 45 minute intervals after the start of Game 1.

To see each week’s schedule, click the arrows on the slideshow or select a radio button. 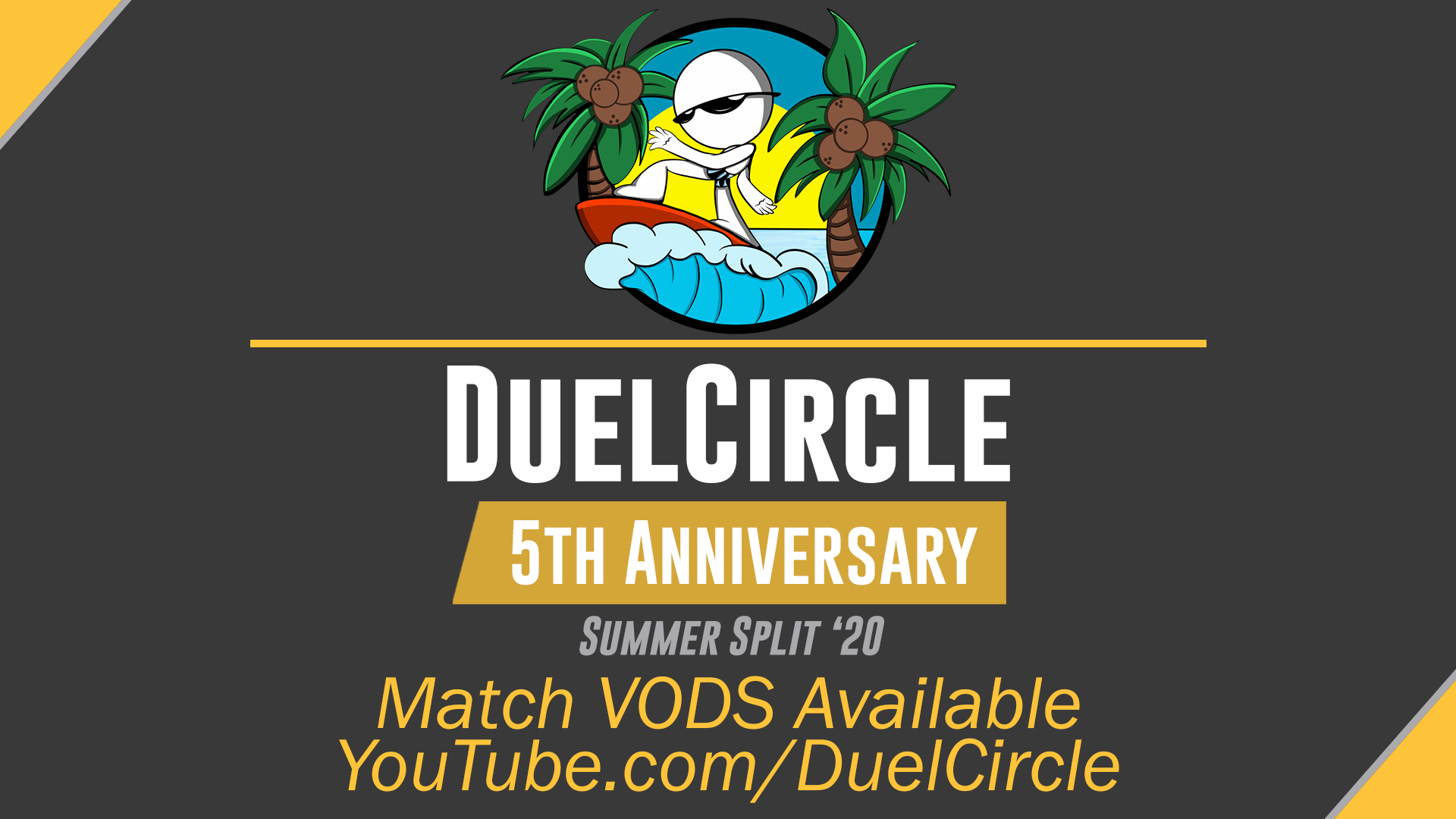 The comprehensive rulebook has information regarding gameplay rules, league structure, eligibility, tiebreaker scenarios, match processes, playoff format, conduct, and other ancillary items. The current version of the Official Rulebook may be referenced at any time, here. Archived versions of Split Rulebooks will also be available. 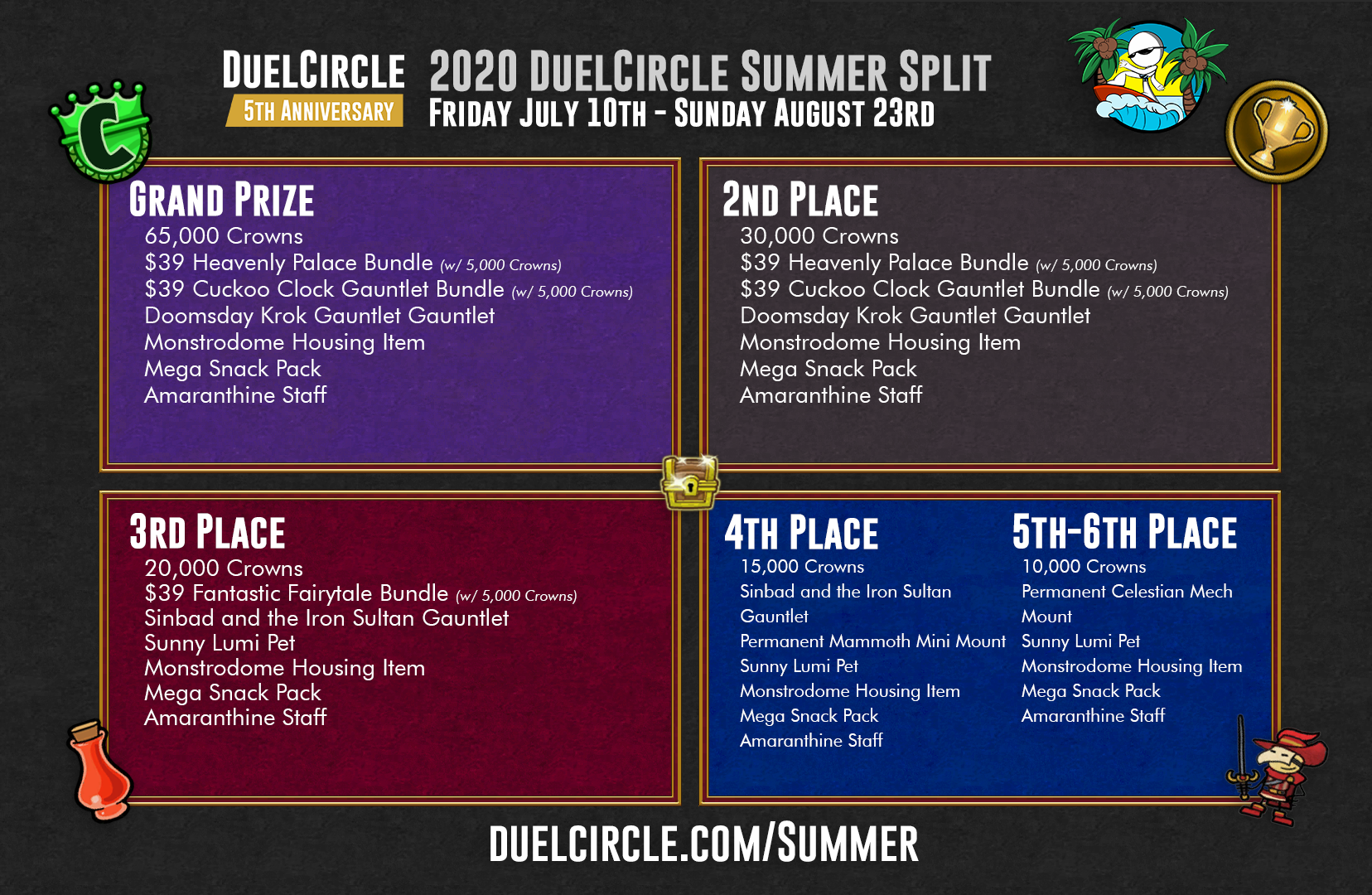 Members of the league automatically receive the following prizes for participating, in the event that they do not reach playoffs:

Check this page back often for all things DuelCircle Competitive including standings, weekly game schedules, and much more. This page is your one-stop shop for the special 6 Week Summer Split.