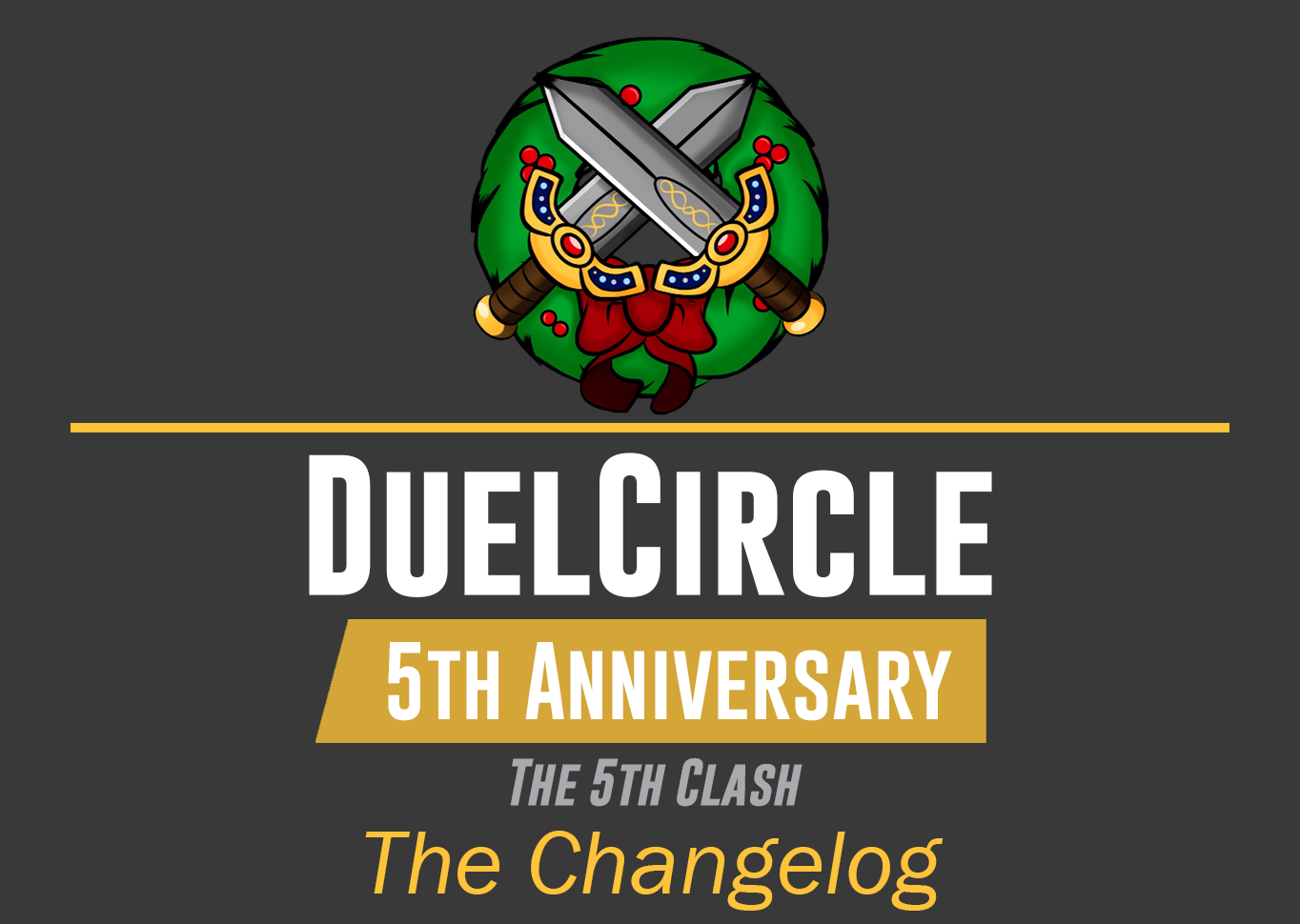 Welcome to “The Changelog”, a place where we discuss new rule revisions for our tournaments.

Anytime we make revisions to the Rules document, we’ll use this page as a way to compare and contrast, provide context, as well as give our reasoning as for why we made our changes.

Note: When we initially release the Rules document along with signups, there usually will always be changes that we make based on further testing, player feedback, or due to new updates to the game. Rules become “locked in” and can no longer be changed once we’re within 7 days of the tournament.

In The 5th Anniversary Clash scenario, the last time the rules may be changed is on Friday, December 13th at 11:59pm Eastern. Once that date passes, you can expect the rules to be final and officially in-play for the tournament.

The following spell specific rules have been revised:

The following spell specific rules have been removed:

The following spell specific rules have been revised:

As a reminder, participants now have the option to challenge the initial referee decision if they feel that the referee was incorrect or misapplied a rule, resulting in a decision. The challenge must be requested immediately via Discord.

To see the last changelog from Luau ’19, click here. We plan on having public archives of our rule document in the near future. The current rules page will always be up to date with the most recent changes.