Due to the upcoming major game changes alongside the 2021 Spring Update to Wizard101, we have further condensed the playoff schedule to be completed by Tuesday Night, April 20th. Due to the last minute schedule change, all games will be recorded and uploaded directly to YouTube instead of being streamed.

After consulting with players, we’ve determined that this would be the best solution in the event that the 2021 Spring Update is implemented on the morning of Wednesday, April 21st. Leftover broadcast prizing will be saved for the 2021 Fall Split. All remaining Spring Playoff games will be uploaded to YouTube as soon as possible.

Due to the upcoming major game changes alongside the 2021 Spring Update to Wizard101, we have condensed the playoff schedule by 1 week in order to protect competitive integrity.

To do this, we have moved from 8 total playoff gamedays to 4. We have added an additional playoff series to each day and eliminated the midweek lower bracket gamedays originally scheduled for Tuesday, April 20th and Wednesday, April 21st.

Broadcasts will begin at 2:45pm Eastern on each gameday with the originally scheduled broadcast prizing for viewership. As always, all games will be uploaded to YouTube the following Tuesday.

Note: The schedule may be further condensed if necessary. Games may be prerecorded and aired on tape-delay. We are working with our players on potential alternatives during this urgent time. 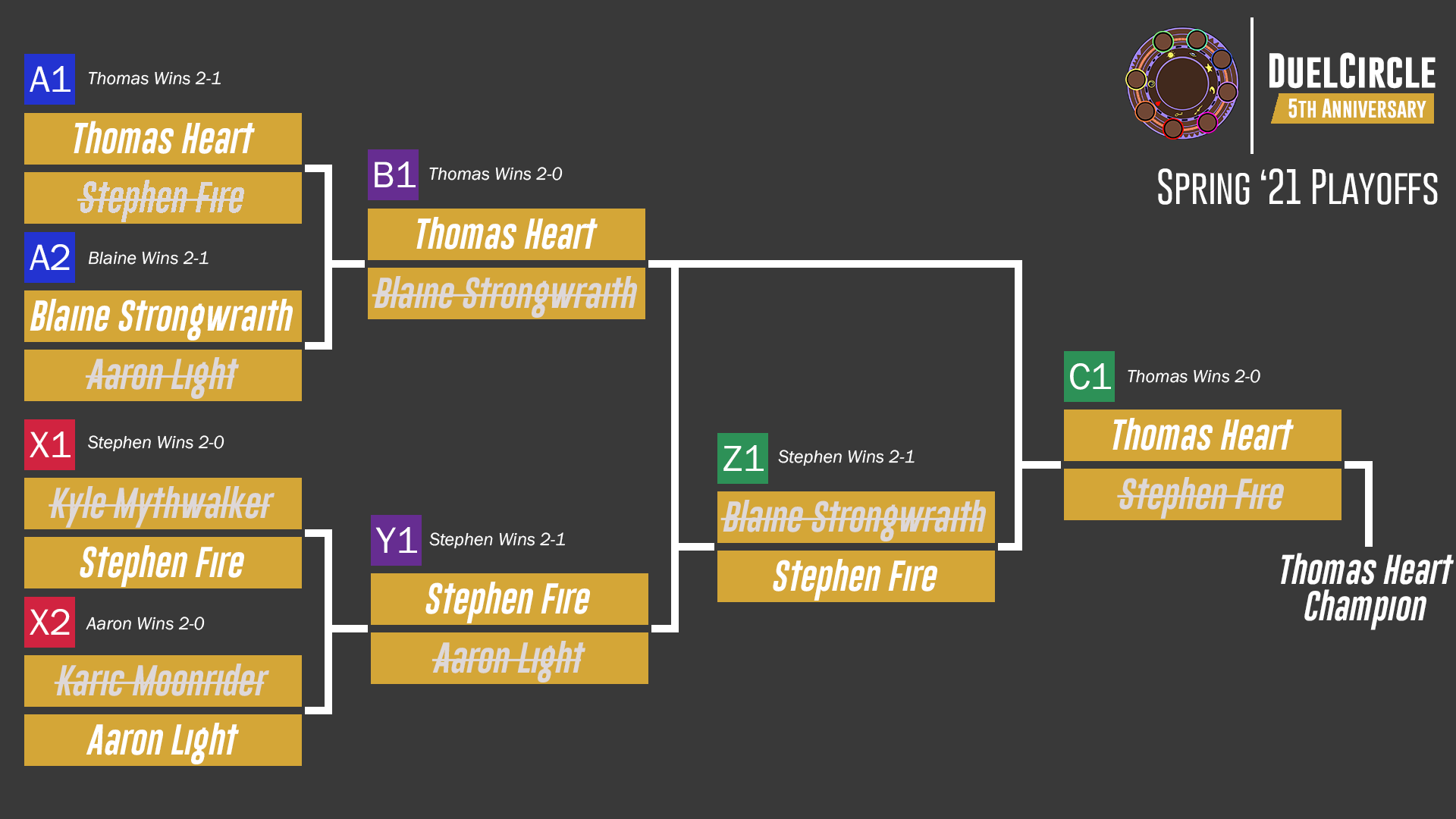 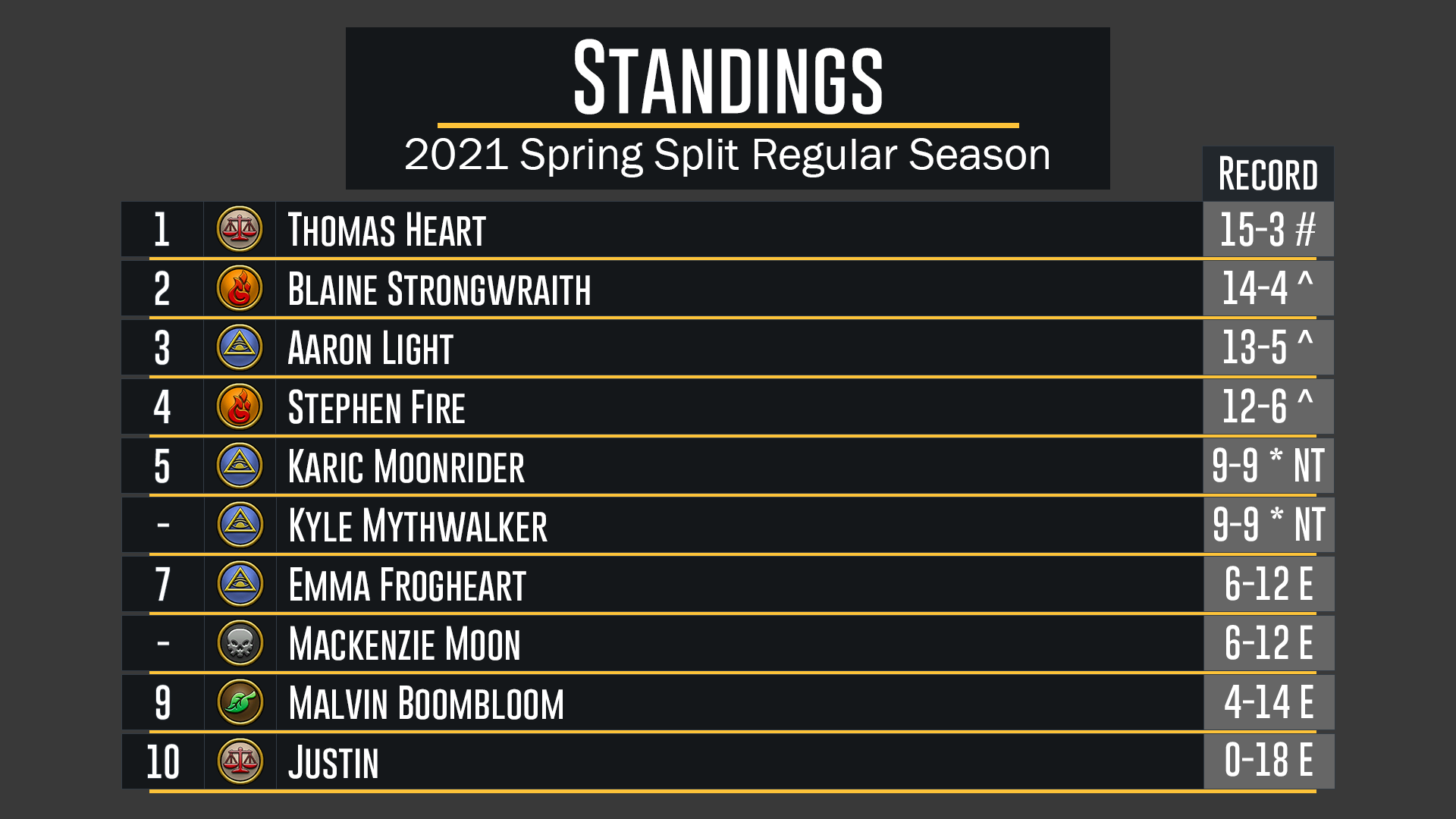 For all intensive purposes Kyle Mythwalker is the 5th place seed and Karic Moonrider is the 6th place seed due to the total game victory time average (equal h2h record).

Thomas Heart opts to play against Stephen Fire in Playoff Series A2.

Player of the Week Leaderboard 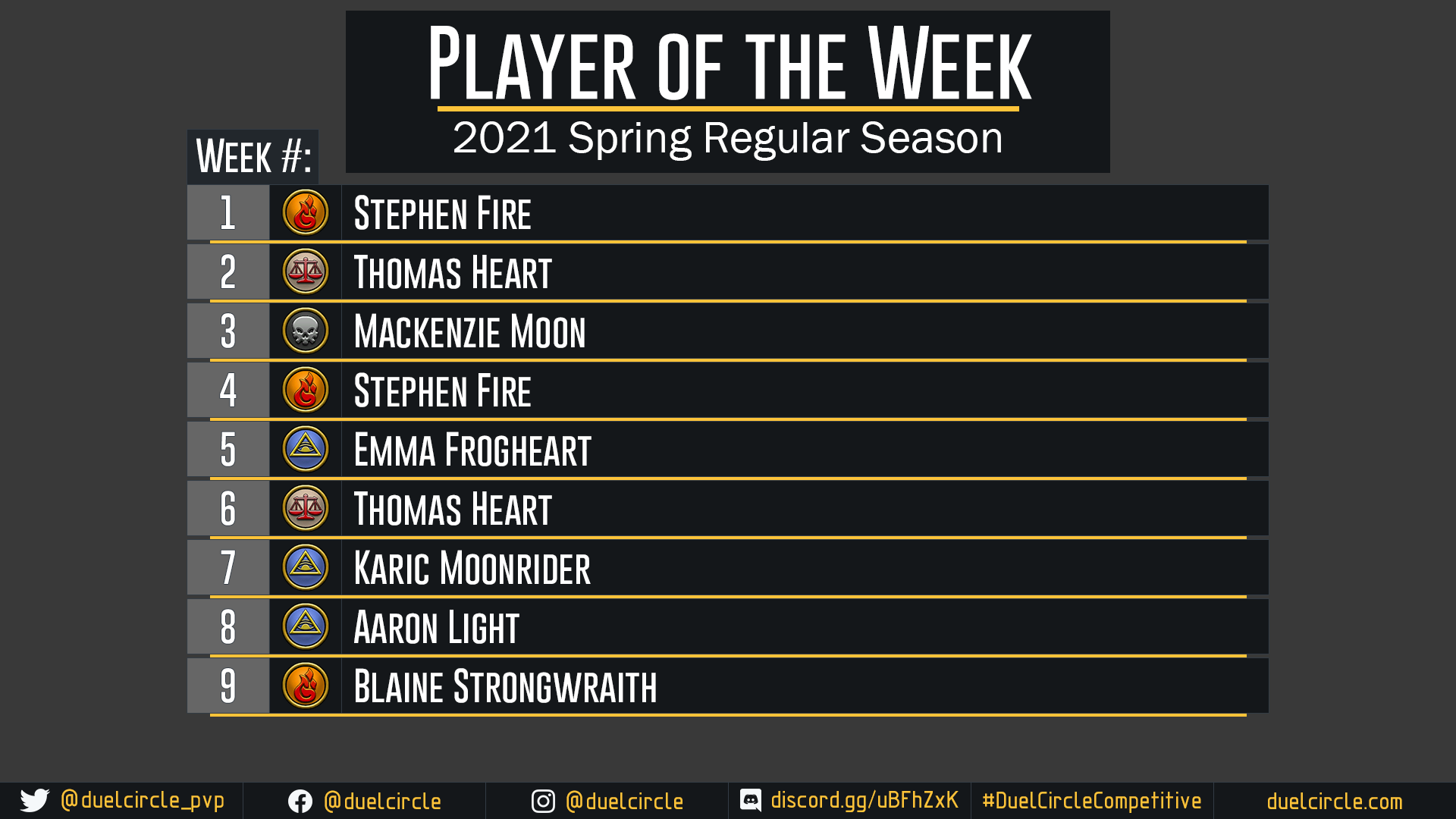 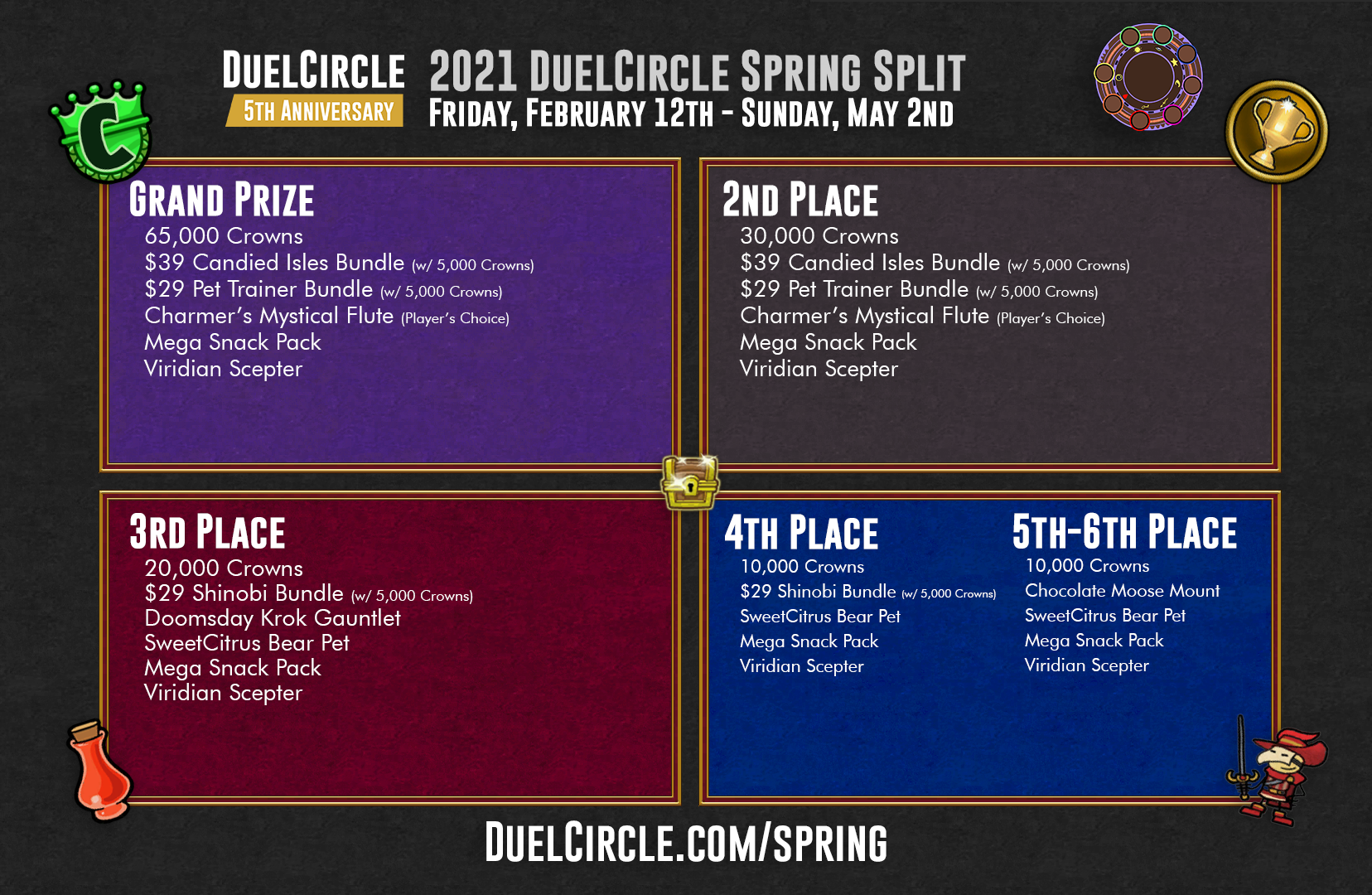 Members of the league automatically receive the following prizes for participating, in the event that they do not reach playoffs:

Note: Due to the ongoing website issues, we are currently working to restore access to the official tournament rulebook, regular season schedules, the list of Player of the Week winners, and more. Please bear with us as we will update this page back to it’s original state.